Chagall-Malevich (2013) directed by Alexandre Mitta is a Russian fictional film that explores a truly defining time in Marc Chagall’s life between 1914-1921 where he marries his love Bella Rosenfeld, establishes the Art College in his native city Vitebsk, and then resigns from his position as commissioner at the College and moves to Moscow due to ideological differences with other faculty members, most notably the acclaimed geometric abstract artist Kazimir Malevich. It is a time of great political change where Chagall experiences the end of the Russian revolution and the fight for survival by talented artists who struggle to meet the new socialist ideology. All of which the film does a wonderful, if overly embellished job, of portraying.

Highlighting in some excessively dramatic but captivating scenes, the film portrays Chagall and his contemporary artist Malevich as youthful and talented, if not egotistical at times. It showcases their problematic relationship, highlighting the differences they had in art philosophy and purpose, as well as in their opposite approaches to teaching at the College which ultimately led to Chagall’s resignation. 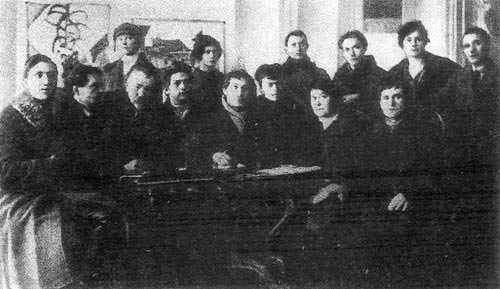 In reality, Chagall established the College to great acclaim with some referring to it as the most distinguished school of art in the Soviet Union. He obtained some of the most important artists in the country for faculty such as his mentor Ye-huda Pen, El Lissitzky, V. Yermolayeva, I. Puni, K. Boguslavskaya and Malevich. The environment Chagall tried to create and wanted, was one of collective independently minded artists, each with their own unique style. However, this proved difficult as a few of the key faculty members such as Malevich preferred a solider environment with a focus on the Suprematist art of squares and circles. Disapproving of Chagall’s attempt at creating “bourgeois individualism” which clashed with Soviet ideology.

Although a central focus of the movie, the relationship of Chagall and Malevich and the rise of the Art College in general seem to get lost in the film whenever Chagall’s relationship with Bella is presented. This is because a fictional love triangle is introduced where a Soviet Commissar named Naum, who was Bella’s childhood friend, is in love with her and can’t stand to see her with Chagall so he does dastardly things to try to have her for himself. This is an unnecessary addition as it takes the focus away from the main gripping storyline of the two artists struggle and doesn’t accurately portray Bella’s role. Bella was an amazing support system and inspiration to Chagall, along with being a talented writer, and it just doesn’t due her justice to be victimized in that way. All in all though the film wonderfully explores a turbulent moment in history where everything was changing so fast that even the artists didn’t quite know how to react. In this dramatic telling, we get a glimpse of the creative impulses of two famous artists, an original understanding of their relationship, and a little history about how they created new art theory, styles and movements at the turn of the 19th century which makes for an entertaining 119 minutes, if you don’t mind sub-titles. 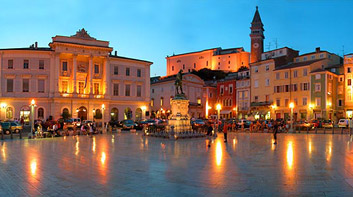 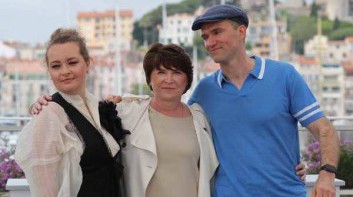 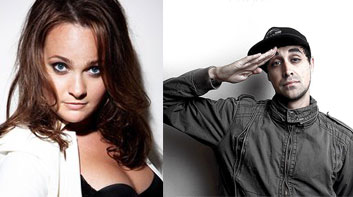 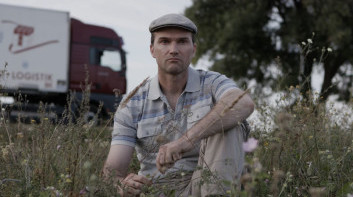