Chagall-Malevich screenings at the Cinema Village in New York starts on 6/21/2015.

Inspired by the memoirs of Marc Chagall and those of his contemporaries, CHAGALL-MEALEVICH blends fact and folklore to evoke the return of the iconic Jewish artist to his childhood home of Vitebsk.

Having left behind immense success in Paris, Chagall returns to the Russian empire in 1917. In hopes to marry the love of his life Bella Rosenfeld, he produces copious paintings and establishes the Academy of Modern Art. A rivalry develops with abstract painter Kazimir Malevich invited to teach at the art school. As Bella rekindles a childhood friendship with military Red Commissar Naum, Chagall competes for the affections of his muse and future wife. As the October Revolution sweeps across Russia, historical events intrude on personal struggles and upend the quiet provincial life in Vitebsk. 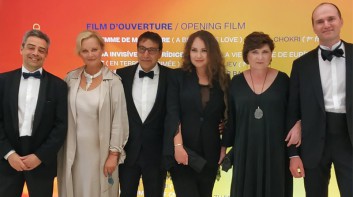 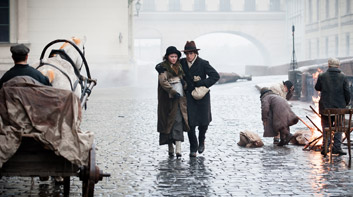 Vitebsk. World war at end and revolution at beginning. Conflict at the root of civilization. War without and a war within. 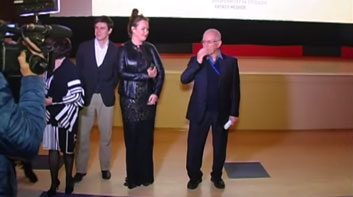