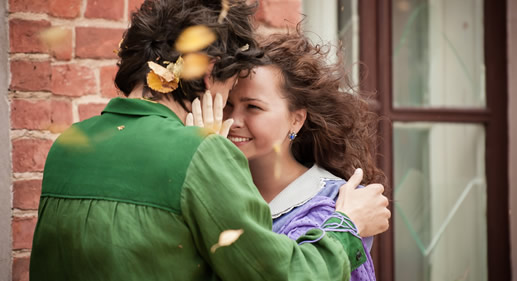 A story of love and passion, hatred and egotism, and the clash of huge creative personalities, Chagall – Malevich is based on events that occurred around the time of Chagall’s prolific Vitebsk period (1917-20), a period in which he created the People’s Art College and seemed inspired by dreams of a bright and beautiful future. The narrative unfolds against the backdrop of his complicated relationship with his brilliant colleague Kazimir Malevich, one that changes from friendship to hostility. “Chagall and Malevich are two opposite figures both in terms of humanity and regarding attitude to their students,” explains veteran director Mitta. “Chagall takes care of his students. Malevich treats them like soldiers, who have to punch the ideas of abstract art. He perfectly understood who he was, whereas Chagall was an intellectual.” Here, too, is the story of Chagall’s wife Bella and her devotion to her husband ¬– a story further complicated by her former childhood friend and one-time suitor Naum, a bitter man who is now a Soviet Commissar. More than 140 copies of paintings by Chagall and Malevich were made for the film.

Producer and Cast Member will be attending screening(s). 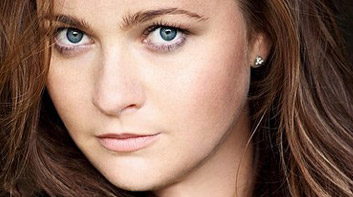 Two new songs have been uploaded on the website! Cover of Robbie Williams song “Feel” and Adagio. Listen here!! 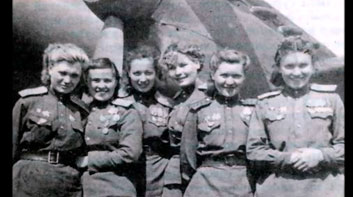 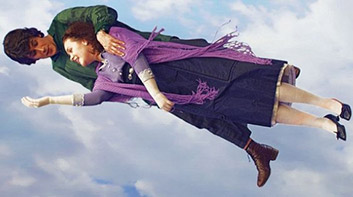 It is far more gratifying to focus on the film’s stunning visuals, which make a viewer feel as though she’s suddenly been dropped inside of Chagall’s paintings. It is this magical realism, with colors practically popping off the screen and characters gently floating up into the sky, that turns “Chagall-Malevich” into a virtual cinematic folktale. (Renee Ghert-Zand, The Times of Israel)

“That’s how one of the two screenings of the film I, Kristii Schneider played the main role in “Chagall-Malevich” went! The room […]