It would be easy to say the stresses of Once In Trubchevsk are specific to its title village, but for the most part, Larisa Sadilova doesn’t see it that way. It isn’t until the last five minutes of her sixth feature that culture-specific iconography floats into center stage. Even then, it’s largely contained to women dancing in traditional Russian garb that, for all its unmistakable origins, is much more emblematic of any small town itself.

What precedes that is any family drama that’s much kitchen sink than any specific culture could pin it down to. The well-oiled machinery of making a bed, of the head of one family member lying down as the hands of another take the sheets away. The act of forming a home in a house where a woman was born 83 years ago. The cyclicality of starting anew, even when the new option is no different from the last.

None of these are new concepts, not by a long shot. They aren’t even as thought-provoking as they are engaging in the moment with just enough flavor strike a chord. Yet this story of a driver on the market for a new family has a tenderness to it not too often seen, and truthfully, its modus operandi was a bit lost on me as I sat in the theater for it six and a half hours ago. That M.O. is using its conflict as, at most, a meager catalyst for the drama, but Sadilova mostly uses it more as wallpaper.

It’s a generally opaque decision for a film that pays just as much attention to the on-set humidity as its central family’s arc, but is it unwarranted? No, not entirely, at least not in the way that Sadilova depicts family life as a machine that needn’t much fixing. Domestic archetypes are in full force here but stripped of any real staying power. The father (Egor Barinov), the mother (Kristi Schneider), and the son are of token quality, so much so that when the former begins to engage another woman in hopes of a romantic reprisal, the women of the film are forced into being interchangeable.

Some parts feel like a tableau; some feel truncated.

But that isn’t to say they are interchangeable: that’s far from the truth. Once In Trubchevsk never gets too close to any of its characters, and Sadilova gravitates closest to her patriarch. When the central conflict—or the closest thing to it—comes to a head, it’s only the women who flirt with, but not necessarily get, any real catharsis. The men of the film don’t get any such release, but that’s because they don’t want it. While Dad stays on the prowl for anything new and Son seems to grow in suspended animation, the repetition grows just as synchronized as taking off the old bed sheets and plopping down onto the mattress.

One could make the argument that the writer/director is playing into gender stereotypes here. That, however, would require a sense of a beginning and a sense of an ending. Her film is too far in a chicken-or-the-egg sphere for such criticisms to hold much weight, and even if some of her scenes can feel too far away even at arm’s length, there’s a sufficient amount of purpose here.

It would have been more resonant had its cultural specificities played a bigger role towards the end, however, as such touches run parallel to the drama instead of perpendicular to it. Some parts feel like a tableau; some feel truncated. Then there’s the underlying sense that most of this has been said before in films and decades past. But Sadilova sees what she wants to see, and whether the audience likes it or not, they’ll probably see something similar. 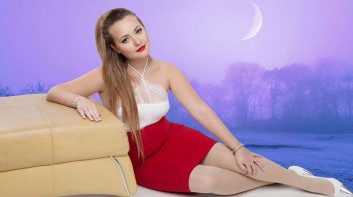 Kristina has a concert on the 28 of March in Moscow. Check back for updates in the following days.

Chagall-Malevich screening: Sunday, October 25 at 7pm at the Franklin Theatre. 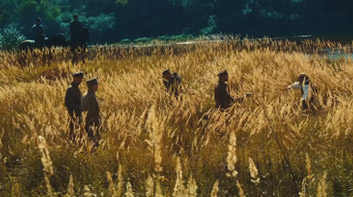 Making of “Chagall-Malevich”!! Watch on Vimeo click on the image below 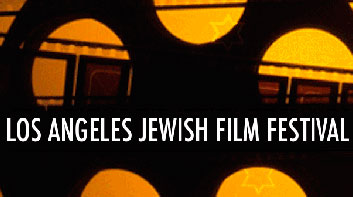